Beaumont Elder Accountants is here to help you thrive. Just reach out to us so that we can discuss your situation. Our contact information is listed below this article.

Just getting started with building a business? Online and in-person merchants should be aware of responsibilities to submit your income at tax time. If you have questions about your business and tax situation we would be happy to discuss what your responsibilities are.

Federal tax officials have launched a probe aimed at netting tax-evading retailers who use a popular point-of-sale system called Square.

Backed by an order issued by the Federal Court of Canada, the Canada Revenue Agency has told Square Canada Inc. that it must hand over sales transaction data for all Canadian sellers who took in more than $20,000 annually in the calendar years between 2012 and 2015 or during the period between January 1, 2016 and April 30, 2016. Square must also provide the CRA with address and bank-account details for those users, payroll data and other information.

“The majority of individuals and businesses file their tax returns and pay what they owe, in full and on time. However, there are some who try to avoid paying what they owe by operating in the underground economy,” David Walters, a spokesman for the CRA, told The Globe and Mail. “Finding these people and fighting the underground economy is one of the CRA’s top priorities,” he said in a statement.

The sweep is part of an ongoing effort by the CRA to crack down on tax avoiders. The recently released federal budget proposed an injection of more than $520-million into the effort over five years with an aim to collect $2.5-billion in revenue.

It is unclear how many users Square has in Canada – and how many will be affected by the CRA order. While Square did provide a statement confirming the court order and the company’s intentions to comply with it, a spokesperson did not respond to other questions.

With offices in Kitchener-Waterloo and Toronto, Square Canada Inc. has made its name here via distribution of the company’s popular mobile credit-card reader. Called Square Reader, the device is a recognizable small white square that plugs into the standard headset jack of a smartphone or tablet. The device has an embedded magnetic stripe reader and it enables vendors to take credit-card payments from just about anywhere. Customers use their finger to sign their signature on the mobile device screen; a receipt is e-mailed and payment is transferred to the seller’s bank account within a day.

The system is popular for its ease and low fees among a wide range of independent small businesses, including those with a mobile aspect – think on-site glass repair, in-home massage, food trucks and artists who retail their work at seasonal fairs or markets. The device, which is free when users create a Square account online, has also been embraced by small-time vendors who say they do not want to pay setup and other fees for mainstream credit-card terminals. Square accepts four major credit cards and charges users 2.65 per cent per transaction.

“There’s no monthly fee, it’s easy to use and has a simple, straightforward application,” said Sven Schlegel, an artisan based in Snow Road Station, Ont., whose company creates bags and wallets from recycled materials. He travels often to art shows to sell products and relies on Square. “Everybody uses it,” he said.

Mr. Schlegel said he isn’t concerned about the CRA sweep because his company is up to date on taxes.

But news of the probe did set off alarm bells for some despite being square with the tax man.

“I was so surprised they had a court order,” said Susan Lapp, an artisan based in Guelph, Ont., who also uses Square Reader. I thought, ‘Why are they doing this? What are they looking for?’ Every artisan uses Square. Is the Canadian government going after artisans?”

In its statement, the CRA said it is not aiming to single out any one group. “The CRA undertakes fair, responsible and effective compliance actions to ensure a level playing field for all taxpayers,” it read. 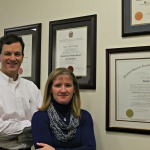 Minimizing your tax burden requires knowledge, expertise and most importantly, planning. We are here to assist with your 2016 personal income tax and benefit returns.

Tax planning is vital to building your personal wealth and should happen throughout the year, not just at “tax time”. We have the experience and knowledge to help you understand the Canadian taxation system and can assist you in preparing and filing your income tax returns.

We’d Love to Hear From You, Let’s Get In Touch!

Posted in:
Back to Top